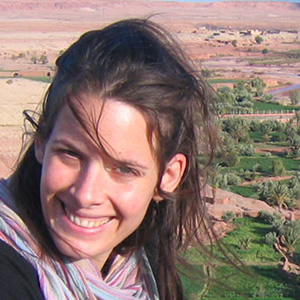 Never happier than when she has a project to get her teeth into Lucy firmly believes that there is no better office window in the world than the view through her windscreen.  An abiding passion for travel has taken her to over 60 countries and she is energised and intrigued by the people, cultures and landscapes she encounters.  Working for nearly two years for Dragoman Overland in Africa Lucy is an experienced expedition leader, overland truck driver and bush mechanic, and thrives on the challenges of life on the road.

In 2004 she was part of the first team to raft the unnavigated Rio Grande in Bolivia as quartermaster on the Scientific Exploration Society’s Kota Mama V expedition.  She has passed the Territorial Army Commissions Board and was the TA Nordic Biathlon champion for two years running.  Lucy studied Ancient History with Politics at the University of Exeter and is a Fellow of the Royal Geographical Society.

Circumnavigating the Mediterranean with Shifting Sands has rekindled her love of writing. 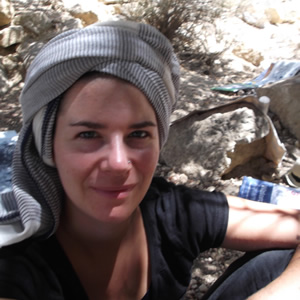 Born with itchy feet, Anne-Laure is fascinated and inspired by the places she visits having lived in eight countries and travelled to many more.  She trained as an architect at the Royal College of Art, and for the last 10 years has worked on architectural and brand consultancy projects in the UK, Europe and the Middle East.

With an insatiable thirst for exploring and painting new landscapes, Anne-Laure has twice travelled on painting trips to the Dana Biosphere Reserve in Jordan.  In 2012 she was ship’s artist on a trans-Atlantic voyage on tall ship Tenacious.  Anne-Laure is co-founder of the Exhibition Collective, aimed at building a network of artists and organising creative workshops.  Their next show will be in May 2015.

Anne-Laure speaks fluent French and Spanish and her work has appeared in various publications including AD magazine and Building Design.  On the Shifting Sands expedition she produced a series of drawings, one for every day of the trip, creating a very personal visual representation of the places and people encountered on the way.